Before my diagnosis of autism, my wife sometimes told me that she felt I was trying to be “too controlling”… that she thought I needed to be in control of things at home. While her (unsurprising) reaction was frustration, I think that my reaction usually caught her off-guard.

We’ve probably all known people who actually ARE very controlling. Controlling people may limit any opportunities their spouse or partner has to socialize, or may not allow their partner to make any decisions. They may restrict spending, or set unreasonable expectations. In some cases, exercising control can lead to other forms of abuse, emotional or physical.

So when my wife “accused” me of being controlling, confusion and anger were NOT the reactions she expected from me. I was confused because I was not, consciously, TRYING to be controlling. Far from it, yet that was how my behavior was perceived by her allistic mind. And when I get confused, that often looks a lot like anger from the outside. What was I doing that she thought meant I was trying to control her?

I was trying to know her schedule. I was encouraging her to have a routine. I was asking her not to go. Hmmm… those do sound a bit controlling, don’t they? At first blush, they certainly do, even to my Aspie mind! But dig a little deeper, and maybe not so much…

Knowing her schedule was important to me, because having that information would help me not make false assumptions. It would mean that I wouldn’t worry about her unnecessarily. I wouldn’t wonder where she was at any given time. I wouldn’t hear about a car crash and assume that she’d been involved. Knowing her schedule would help me know that she was safe. And that’s important, because I care for her very, very much.

And yes, there were times that I asked her not to go. Not to go to a party, or out with her friends. I asked her not to go, because I wanted to be with her. I didn’t consider that my request would mean she might not get a chance to enjoy herself, I just wanted us to be together, and since I absolutely DREAD going to noisy places that are full of people I don’t know who might want to, god forbid, talk to me, I asked her not to go.

Since my diagnosis, I’ve learned that in spite of the unique ways that I experience emotion, I DO care very deeply for my wife, and I also know that she loves me very much. Yet I am still challenged to believe that she will stay with me, that she wants to stay with me, in part because I don’t have much self-confidence – particularly when it comes to relationships. This is where the “irrational” part of my anxiety comes in. Our relationship has lasted more than a quarter of a century. We’ve been married for more than HALF of my entire life. There has never been any realistic indication that she might leave me, nor any logical reason for her to want to (in spite of our few communication challenges). Yet I still worry that she won’t come home from a women’s group meeting, or that she’ll pack up the kids and move back to her parents’ home while I’m at work one day. I’ve learned that this is a part of Asperger’s syndrome that I’d never heard of before my diagnosis – a situational distortion that I think is best described as “catastrophizing” – the act of taking “assuming the worst” to a whole new level.

Why did my anxiety come across as a need for control? Because in our society, we often equate information, particularly personal information, with control, and what I was seeking was information. More information than most people want or need about their significant other. Detailed information. Specifics. Because without that information, my mind would wander down some dark alley, and create some fantastical myth about aliens abducting her, or a movie star sweeping her off her feet. With not enough information to conclusively (to my Aspie mind) refute the myth, I would add details to it, making it progressively more sinister, and more painful, and – unfortunately – more real to me.

I’ve been working on a practice from the Social Thinking model called STOPP, whereby I consciously evaluate the things that trigger my mind to begin weaving one of these myths, and then use logic to refute that trigger before I let the story even build up enough steam to leave the station. When I’m successful, I can often look back (with humor) at how I might’ve previously ended up in a meltdown or shutdown because of the lack of information from a misunderstanding or miscommunication. I haven’t been successful all the time, but certainly successful with enough frequency that I will continue working with this technique.

In addition to my work around catastrophizing, my wife has made some important and helpful changes since my diagnosis. Now that she understands that my need for information is not about control, but rather is my quirky Aspie way of caring about her, she has gotten much better about keeping her calendar accurate and up-to-date. Even though she is spontaneous at heart, she has been willing to establish some routines. And most importantly to me, when I’ve asked her not to go, we’ve been able to talk about why and often find a compromise that works for both of us.

I still sometimes struggle with anxiety, and sometimes I still worry about my wife abandoning me. I probably always will, because that’s just how my mind works. But now that I know more about how my mind works, I won’t be as likely to let my anxiety and fear of abandonment lead me down the spiral into a meltdown or shutdown.

We'd love to hear your thoughts on this... Cancel reply 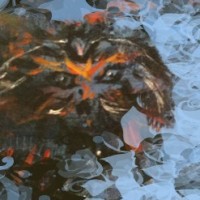 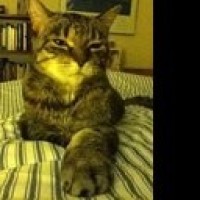 Diary Of An Alien

Autism seen from an anthropological perspective

Autism, blended family and trying to keep together.

Aspie Writer: Twirling Naked in the Streets--and No-one Noticed--Growing up with undiagnosed Autism

Tales & Reflections of an NT (Neuro-Typical) Husband of an Aspergirl, An NT's Perspective on Autism & Marraige

Life on the Spectrum

Simply my take on living life as a female with Asperger's Syndrome.

Stimming Across the Decades

Musings of an Aspie

one woman's thoughts about life on the spectrum

thoughts from that weird mom at the playground

Because life is in the details

Pull up a chair, enjoy a specialty coffee, rearrange the cutlery... ;-)